On the first sunny weekend of 2020 the Slag om Delft saw 8 teams from across the Netherlands battle it out for the legendary title. Teams compete against each other one-on-one in J22s in a form of sailing most popularly known from the America’s Cup race. In match racing the challenge is to complete 2 laps of the upwind-downwind course and cross the finish line with no penalties, before your opponent!

As the only all-Broach team in the competition we were excited to try out match racing for the first time. We knew the competition would be tough but frankly underestimated the complex, intricacies of the rules and strategies involved with match racing. By far the most fascinating point of the race is the 7 minute start sequence. Each boat is designated a ‘box’ on opposite sides of the start line which they must circle within before the 4 minute gun. Being outside of this box will get you a penalty from the umpire boat, signaled by a whistle and a flag. The close walls of the Zuidkolk in Delft restrict the space you have in the box and the ability to build up speed on the J. The best teams can get maximum acceleration out of the boat even in small spaces by coordinating their weight, sail trim and steering.

The next stage involves leaving your box and dipping under the start line to between 4 minutes and 2 minutes before the start gun. Failure to do this will result in another penalty. On two occasions, our opponents strategically used the Starboard tack advantage to prevent us from achieving the dip, thus giving our team a penalty… A tactic which we successfully used against another team on the Sunday!

Our proudest moment of the regatta was on Sunday where we were challenged by the team of Coen de Vries that went on to win the competition. As the first round of the knock-out stage of the competition we needed to win 2 out of 3 matches against them to progress to the next stage. The upwind mark was at the top of the canal and we successfully kept them below us from the start in such a way that they were pinned behind us from the narrow walls tacking up the canal. This allowed to gain sufficient lead on the downwind that we could even complete our penalty before finishing ahead of them. Unfortunately, in the next race they skillfully pinned us into a corner between a bridge, the Optimist on Tour zone, and the quaywall. Eventually they went on to beat us in the next race and we were out of the competition.

The weirdest thing about sailing in the centre of Delft is the challenging dynamics of the wind. The zuid kolk has its own micro-climate where the prevailing wind from the south meets a stream of gusts coming down from the station in the north. Encouraged by the sharp corners and high walls around the intersection of the canals it was a novel chance to sail in some really challenging conditions, aside from being challenging for the race committee to set a consistent course.

Aside from the huge improvement we made to our sailing over the weekend, it was a great opportunity for spectators to watch the racing and engage with the sport! 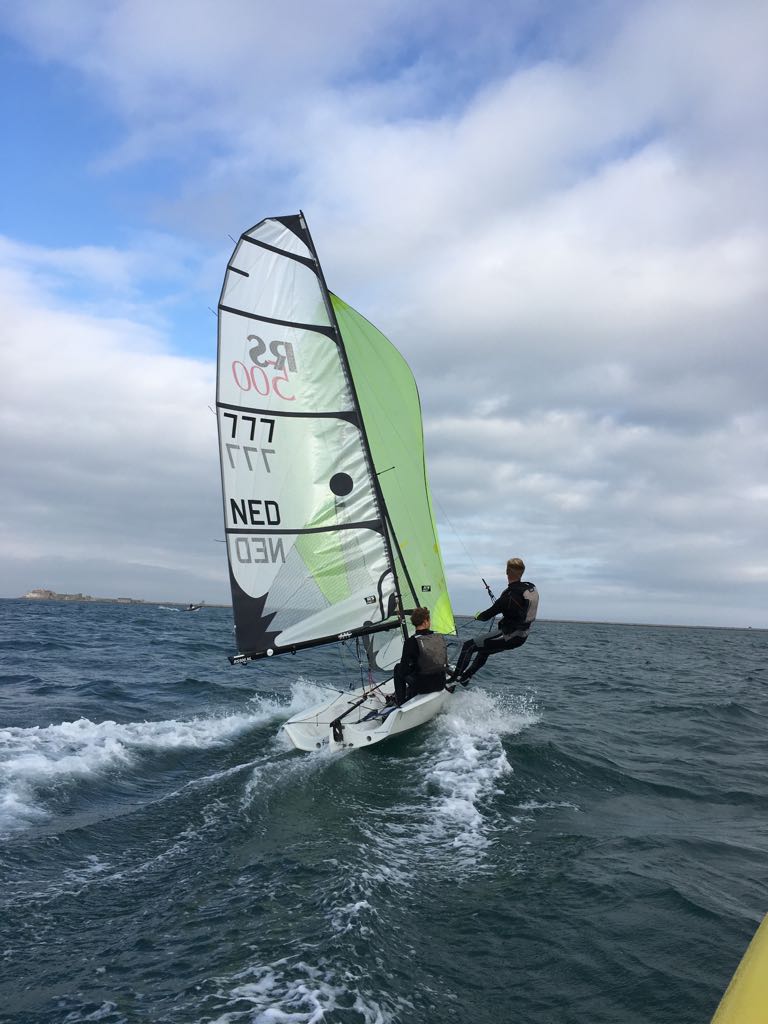