Broach during the OWee

The 83rd Sneekweek took place at the end of July and beginning of August. Broach was present with two teams: the campagneteam (Michelle, Jesper en Cedric) and a social team (Sander, Julia, Jeroen and me). The sneekweek was a week of long camping on the island, sailing, socializing and evenings full of parties.

In order to be able to camp on the Island, Julia had brought her ginormous tent which took up most of the student camp which we created with Histos and RSZV. The tent was slightly old but did a very good job with the light airs and plenty of sunshine until a lot of wind and rain appeared… more about this later.

We were very lucky that the J22 started around 13:00 every day. This meant that we had plenty of time for long evenings on the island or in sneek with parties and drinks. Jeroen was the local of the group which was very useful to get around a very crowded city.

To continue with the sailing: everyday we had one race. The course was very similar to a round the cans race. All the buoys had numbers, which were spread across the lake which created a whole search for all the buoys. The campagneteam sailed very well collecting several day prizes and the week prize.  The social team did a little less well against all the practiced J22 teams but we did have a spectacular learning curve. 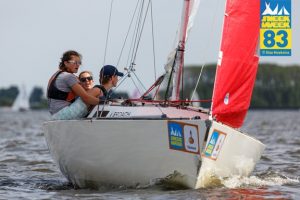 The day prizes for the campgneteam were received with open arms each day, especially  the beanbags. During all the social moments of the day everybody was hanging around  these beanbags because we had beautiful weather. Each day we had sun and 25 degrees. Unfortunately there was some lack of wind, which meant that we were unable to sail on one of the days.

Until the weather decided to change drastically on thursday. Everybody else decided to pack on thursday morning except Broach. And we definitely won’t forget it hahah… After a lot of rain during the day we had a storm of 60 knots pass over us. The tent was unfortunately not  strong enough for this kind of weather and thus ripped open… So there we were in the rain and wind. Some of our gear was blown away, everything was wet, basically we had a problem.  Luckily we were able to count on our fellow sailors on the island and the organisation of the Sneekweek. In the end we were able to find a dry place to sleep in the trainingscenter of the island, for which we are very grateful. The next day we cleaned up everything, throw the tent in the container and we drove safely to Delft.

In short it was a very successful sneekweek, for it is definitely worth doing again. 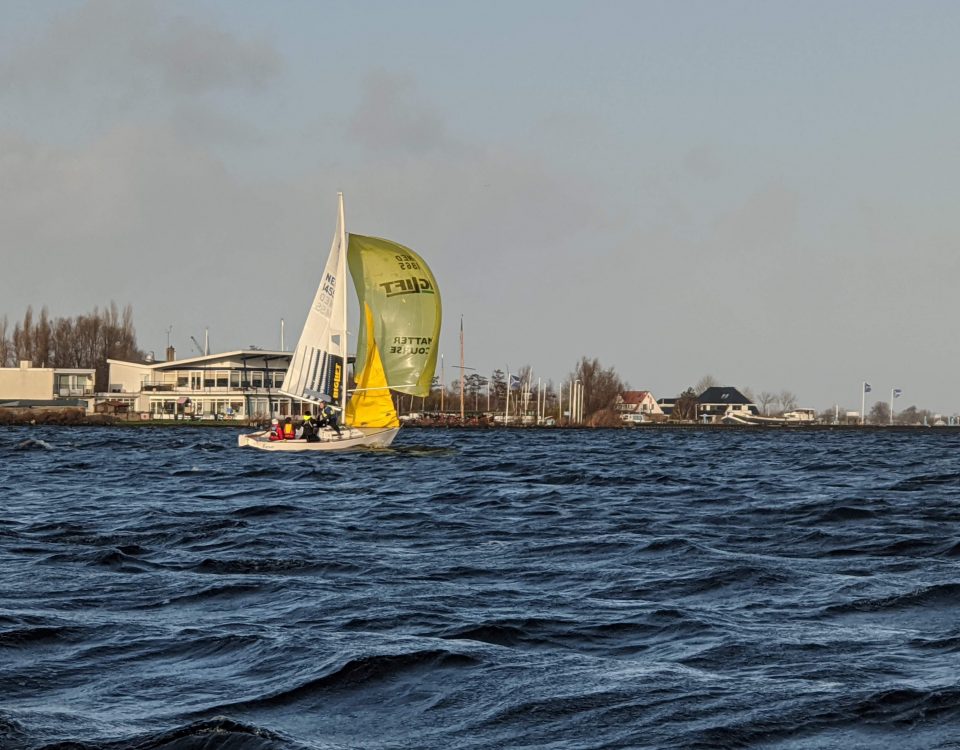