Over the last few months, TraCo was organizing yet another season of the Broach Training Program (BTP). As I haven’t sailed much since my spring intro, I took that as a good opportunity to work on my sailing skills and signed up. It turned out 22 people have signed up in total, which makes it 5 fully loaded boats. This caused some trouble when trying to put everyone on the boat and find enough trainers, but also resulted in more fun.

BTP is nothing less than 3 weekends full of sailing. In the beginning, we were assigned to teams and received an agenda. In the first week, everything was organised for us. We got a trainer, a boat, and transport to Braassemermeer. We were left with the only (but most important) task of preparing lunch for both us and our trainer.

The program was designed for anyone interested in advancing their sailing skills to the next level. However, sailing is not just an individual sport, and team coordination is quite important. Therefore, during BTP, everything is focused on working and training as a team. Before the beginning of each training day, we had to create and submit a training plan with clear objectives and goals. We have even received a nice manual on how to prepare an effective training plan, using SMART principles – be Specific, make your goal Measurable, make sure it is Acceptable by all, remain Realistic, and make it Time-bounded by setting a deadline.

For the last two weekends, we were given more responsibility, as we had to organize the whole sailing weekend ourselves as a team. That includes finding a trainer, arranging transport for the team and the sails, and finally drying and storing the sails after the weekend.

This was my first time sailing in the winter season, and I learned two things. While winter is not that harsh in the Netherlands, the wind can be quite unpredictable and can change quickly. On one day, we got almost no wind in the afternoon, but TraCo saved the day by coming up with a lecture and discussion about racing tactics. The other day, the wind was so strong that we almost didn’t sail out. In the end, it was decided that every team gets assigned 2 trainers for safety and only sails for half a day. Meanwhile, the rest was busy with searching for an open café on Sunday morning in Braassem.

Overall, I liked the experience of more intense sailing. It can motivate some people to train more and focus on obtaining their license, or even start a campaign team. But I think it is especially useful for new members. For many this is the first time when they experience what does it take to sail within Broach, and that the actual sailing is just a small part of organizing a sailing weekend. Finally, I’d like to thank TraCo and all the trainers for the organization. Have a good wind! 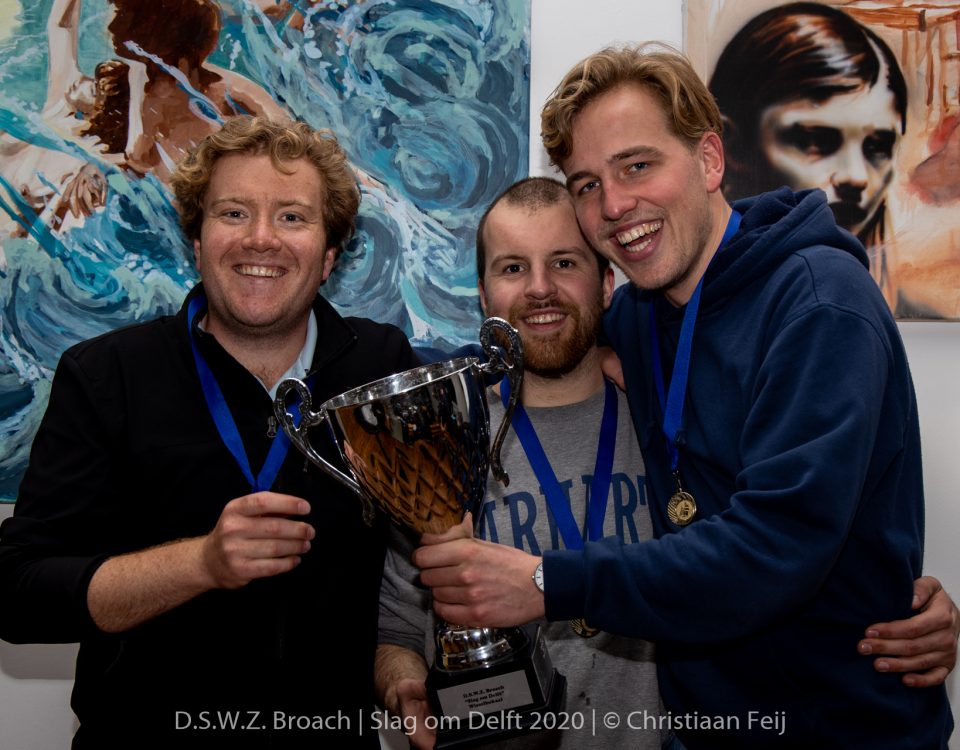